In fact, most of the ideas we have about the world and our civilization we have learned so that we are who we are in good measure because of what we have learned and what we remember.

“For all inquiry and all learning is but recollection” argues Plato in “Meno”1, a Socratic dialogue debating the nature of true virtue, dated 380 B.C.

We can agree as much today as ever that our outstanding problem-solving capacities are highly dependent on our ability to remember previous knowledge. The precise nature of memory, however, has been highly debated over the centuries. For psychoanalysis, it is this remarkably strong process that sometimes alters behaviors in astounding ways. For medicine, it is a higher cortical function that naturally degrades over time or in particular pathologies. For neuroscience, it is a source of never-ending questions. Here are a few:

Where do we store our memories?

Seeing how most actions seem to stem from a designated area within the brain, we would expect memory to have one too — a storage facility where everything that needs to be remembered is kept, nicely organized, and occasionally retrieved.

One such command center candidate was proposed by Dr. William Scoville’s. In an attempt to cure his famous patient, H.M., of his debilitating epileptic seizures, Dr. Scoville removed H.M.’s hippocampus, including some other adjacent structures. Post-op, the seizure frequency, and severity did considerably reduce. So, unfortunately, did H.M.’s ability to acquire new memories and retain current events. Under the thorough examination of Brenda Milner, he became one of the most researched and influential cases in neuroscience until his death in 2008.2,3

Alongside him, the hippocampus started to be hailed as the center of memory storage.

What does the hippocampus do? 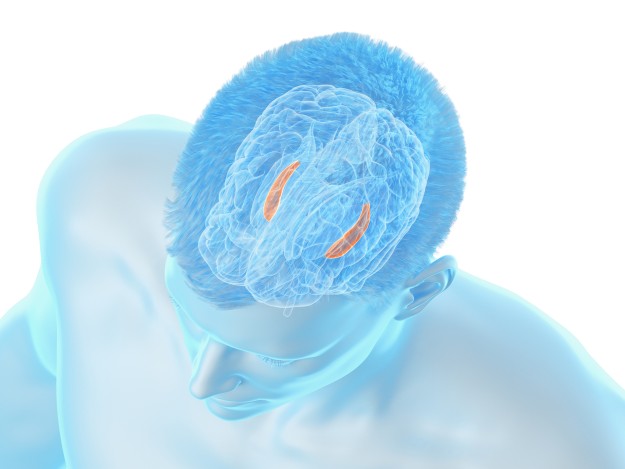 The hippocampus is a 3-4 cm3 structure, situated deep within the temporal lobe. Its name (hippos-horse; kampus-sea monster) comes from its resemblance with a seahorse, as it arches around the mesencephalon. Its coiled tail (cornu ammonis) has a heterogeneous cellular composition, which led to a subdivision into four interconnected sectors – CA1 to CA4. Together with some surrounding structures (the parahippocampal gyrus, the dentate gyrus), it forms the hippocampal complex, a sort of processing station. Information is thought to arrive from various cortical areas and be projected through the parahippocampal gyrus into the dentate gyrus. From here, the information is processed within CA3, then CA1 regions, before going back to the parahippocampal gyrus and being projected again to the various areas of the cerebrum.4,5 This is the area that was removed in the case of H.M. and is thought to play a significant role in memory formation.

As with most matters of the brain, however, the situation appears to be more nuanced than that. There are, in fact, several fundamental types of memory, each employing certain regions of the brain.6 Distinguishing between them means being aware that while memorizing something essentially always comes down to encoding the information, storing it, consolidating it, and later retrieving it, these processes are different in nature and location depending on what needs to be remembered.

What’s the difference between remembering the last hour and the previous year?

One interesting fact which was quickly noticed was that, while H.M. could watch a movie or eat several times a day as if it was the first time, he accurately remembered distant times, such as his childhood or high school years.2,3

It became apparent that short-term memory functions very differently from long-term memory. Short-term memory, or working memory, is what we require daily. We employ it when we keep track of a conversation or know where we left our phone a minute ago. Imaging studies show that, depending on what we need to remember, different parts of the cortex are involved. Remembering words or a phone number, for example, relies on the posterior parietal cortex and Broca’s area. Mental images of visual objects and their location in space seems to be kept within several regions in the parietal, inferior temporal and occipital cortices and modulated by the frontal and premotor cortices.6

While H.M. had no lasting recollection of anything after the surgery, his working memory was functional. He had no trouble maintaining a conversation or carrying out a test to its end. It was only afterward when the event was finished and could only be kept as an internal representation, in memory, that he lost track.3,6

In order to persist, short-term memory gets selectively turned into long-term memory. This process is what H.M. lacked. The ability to turn an experience into something to recall later on. The hypothesis that was then first formulated, and still stands with some amendments, is that the hippocampus is responsible for converting short-term memory into long-term recollections.3,6

Note that while the hippocampus creates these long-term memories, it does not store them. In fact, there is no single long-term storage facility. Any item of knowledge is widely distributed among many brain regions. This is the reason why H.M. had no issue recalling his distant life, from back when he was creating memories with an intact hippocampus.6

Another remarkable fact about H.M. was that, while he forgot specific information from one minute to the other, other forms of learning were unaffected. Brenda Milner designed a task for him: drawing a star by only looking at the paper in the mirror. He perfected this skill over a set of trials, although he could never remember having done it before.2,3

This experiment suggested that remembering how to perform an action and remembering events and dates took place in entirely different areas and fashions. Memory was split into two again: declarative – memorizing dates, numbers, names, events, etc. and procedural – learning how to perform something, such as learning to ride a bike. Later on, it became apparent that there are several other forms of learning outside the scope of these two (such as emotional learning, habits, conditioning), and the classification was refined into declarative and non-declarative memory systems.2,7

The hippocampus seems to be then responsible for creating long-term declarative memory. Non-declarative systems reside in different areas, appropriate for what needs to be remembered. Procedural memory, such as riding a bike, involves the basal ganglia, while emotional memory relies on the limbic system.7

What is it that makes us remember?

Such a simple question, yet still not answered. As early as 1894, Ramon y Cajal proposed in his Croonian lecture that memories may emerge from new neural ramifications and connections being made, setting the conceptual foundation for neural plasticity.8,9

Several other hypotheses were proposed during the next century, as researchers started looking for changes in electric fields or chemical gradients around neuronal populations creating a so-called engram.9,10 Dynamic, persistent stimulations in a specific circuit of neurons were then proposed and ultimately hypothesized to be the basis of Short-term memory.9,11 Last but not least came a biochemical theory, in which learning may alter the very structure of DNA or RNA.9,12 None of these, however, have been substantiated by conclusive evidence in further studies.

Eric Kandel talked in his 2000 Nobel lecture about gaining molecular insight. He reasoned that long-term memories require the synthesis of new proteins that somehow alter the functionality of particular synapses. We look back to Cajal’s prescient hypotheses, as learning and experience seem to strengthen synaptic connections between specific cells indeed, and even cause new arborizations and connections to be made.9

At the molecular level, CaMKII stands out - an enzyme present at the post-synaptic end, capable of self-phosphorylation for an impressive amount of time after the initial stimulation, suggestive for a form of molecular memory.13

Ultimately, the remarkable amounts of research being done in this attempt to uncover the primary mechanisms for memory formation still await to be put together in a coherent model. In many ways, this can be considered a return to the engram as well. Although it may not be purely electrical or chemical in nature, the concept of a lasting trace of information in a specific neural circuit, that gets called upon to be remembered, is very much the focus of current research.14

Daunting at first, a challenge that Richard Semon, the proposer of the engram, deemed “a hopeless undertaking at the present state of our knowledge” (1904). Defining the circuitry and molecular foundation of memory creation may become possible due to the incredible amounts of modern research being done.14

This fact brings hope, as thorough understanding may slowly turn into retrieving or ultimately even improving the brain’s capacity to remember.