This is the greatest gift which man has ever received or given himself, the gift of language.

We take pride in our complex language, in the nuances and subtleties it can convey, as well as in its perpetual evolution. In many ways, we use it as a measure of intelligence.

In a set of communications in 18911-3, W.J. Stillman and Agnes Crane point out that the fascinating fact about child-talk and language learning is not that we can repeat and memorize a large number of words. It is instead the process in which we place concepts behind these words and afterward juggle with them in our best attempt to express notions that often go beyond the immediate reality. Language seems to have long overstepped its primary function of quickly conveying information of interest. Instead, it acted as a witness to our journey towards self-awareness, philosophical quarries, and abstraction.

In Stillman’s view, the young mind starts by repeating words, “a faculty we share with the monkey, and does not imply the possession of the idea.” It is only in a further stage that it creates a concept to go behind these words. Ultimately, once it has a good command of the basic expressions, it starts learning fully formed ideas from those around, which, he considers, is the most impressive step, the “germ of science”.1

When we see a rose, we immediately say, rose. We do not say; I see a roundish mass of delicately shaded reds and pinks. We immediately pass from the experience to the concept. […] We cannot help living to a very large extent in terms of concepts. We have to do so, because immediate experience is so chaotic and so immensely rich that in mere self-preservation we have to use the machinery of language to sort out what is of utility for us, what in any given context is of importance, and at the same time to try to understand—because it is only in terms of language that we can understand what is happening. We make generalizations and we go into higher and higher degrees of abstraction, which permit us to comprehend what we are up to, which we certainly would not if we did not have language.4

More recent theories propose that the foundation for this pattern of language learning may be the mirror-neuron system. Mirror neurons are of particular interest because they fire when we watch someone perform a specific action as if we were performing that action ourselves. They are thought to be essential for learning from adults by mimicking them. Parallel to Stillman’s view, three levels of cognitive capacity are described: iconic, indexical, and symbolic. Mirror systems are initially iconic (repeating a word immediately after hearing it). They then have the potential to become indexical (producing the word independently) and finally symbolic (understanding the meaning and use of the word and employing it in the appropriate context). This is the typical path for humans. Other species, such as birds, possess mirror systems as well and use them to learn and perfect birdsong. However, they seem to remain at an indexical reference stage.5

Stemming from these, some scientists argue that the otherwise elusive origin of language may lie in manual gestures, that gradually conventionalized and gained symbolic meaning. Subsequently, as intellect developed during Pleistocene and memory arisen, events needed to be distinguished from one another and required a more and more sophisticated vocabulary, ultimately gaining grammar and syntax.6 This remains, however, much like all that is thought of language origins, speculation. Searches for a structural difference, a language gene, a language-specific neural circuit fail to explain when and where it came from, as well as why it is a distinctly human feature.7

Language is what allows our species to convey information across generations. It is why we are able today to live on the shoulders of giants before us, and only push forward. This trans-generational perpetuation of information is a unique feature that, in many ways, led us to the level of knowledge and development we possess today.

Although some animals can get impressively good at recognizing or mimicking speech or sign language, there is no evidence at the moment that any other species understand or conceptualizes language the way humans do. Particular animals, such as the parrot or isolated cases of monkeys, elephants, and beluga whales, are considered ‘vocal learners’, in that they can imitate a set of sounds similar to human words. However, they never seem to reach the stage of understanding and employing these learned words.8

Nous parlons avec l’hémisphère gauche!” (We speak with the left hemisphere!), announced Pierre Paul Broca in 1864. The French neurologist discovered this in an era of no CT, MRI, or fMRI. In fact, the area responsible for language was the first one to be mapped, simply due to the straightforward symptoms, it elicited when damaged. Broca’s patient, Leborgne, could not form coherent words or sentences, although he understood language perfectly, and his vocal cords were intact. This region within the dominant precentral gyrus was thus coined Broca’s area.9,10,11

Inspired by this, 25-year-old Karl Wernicke described a different form of speech impairment, specifically that of comprehending language. His patient could not understand written or spoken words, and his speech was fluent but made little sense. This case and several others led to the individualization of another area of interest – the superior temporal gyrus within the dominant hemisphere, coined Wernicke’s area.12 The Classic Model of language processing in the brain was thus proposed: spoken or written information is understood and conceptually prepared for conveying in the Wernicke area, then transmitted to Broca’s area to be articulated.13 This long-standing reference point in neuroscience is, however, heavily debated by more recent research. The spatial delimitation of Broca’s and Wernicke’s areas seem to be far from precise, with neuroimaging studies showing that normal speech involves several other regions beyond the classical language epicenters. The network that creates language is complex, bilateral and largely distributed across the brain, involving the frontal, parietal and temporal lobes, as well as several subcortical structures.14,15,16

The picture gains even more complexity when we consider that patients with stroke-induced aphasia often recover some of their speaking capacity through neural plasticity. Re-learning treatments manage to re-wire the complex language processing network despite some key components being permanently damaged. This only goes to show how fluid language processing is within the brain, far from the simplistic classic model.17

Humans employ not only one, but roughly 7 000 languages across the world. Language is a cultural phenomenon, descriptive and specific for a certain region. Current models of language processing in the brain generally address the native language being spoken. The bilingual brain, however, brings a whole new perspective. 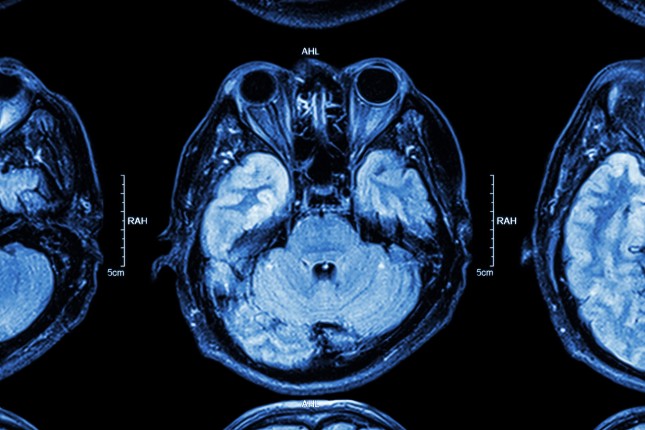 Learning a second language takes significant amounts of re-wiring, relying on neural plasticity to build the circuitry required to understand, employ, and distinguish it from the native one. So far, imaging studies of the bilingual brain have not provided definitive evidence for what precisely that circuit may look like.18 Several studies show, however, that listening to a foreign language activates areas usually involved in speech production as if we generate a form of internal speech to translate what we hear.19 Conversely, speaking a foreign language, predominantly activates areas responsible for language comprehension. Additionally, differences in white matter between the mono- and bilingual brain seem to include not only tracts responsible for language processing but also those involved in executive functions, social cognition and emotion.20

One of the most complex and essential functions of modern humans, language, stays in many respects elusive to our understanding. The fascinating ways in which it molds our brains to turn external realities into concepts and symbols are undeniable, yet incompletely mapped.

It's worth mentioning here that some theories, such as Sapir–Whorf hypothesis, suggest the language itself affects how an individual perceives and views the world. Often referred to as "linguistic relativity," it claims that the language and its structure influence our cognition. Perhaps a topic for some of our future blog posts.

Despite these shortcomings, we keep exploring the process and applying it to our benefit. We employ programming languages when using a computer or musical language when playing an instrument, all due to our instinctual understanding of what language is and how it needs to be learned. Deconstructing this understanding and giving it a neurobiological foundation will provide us with a new degree of control and insight over language learning, one that may turn us into true language creators, more than mere users.